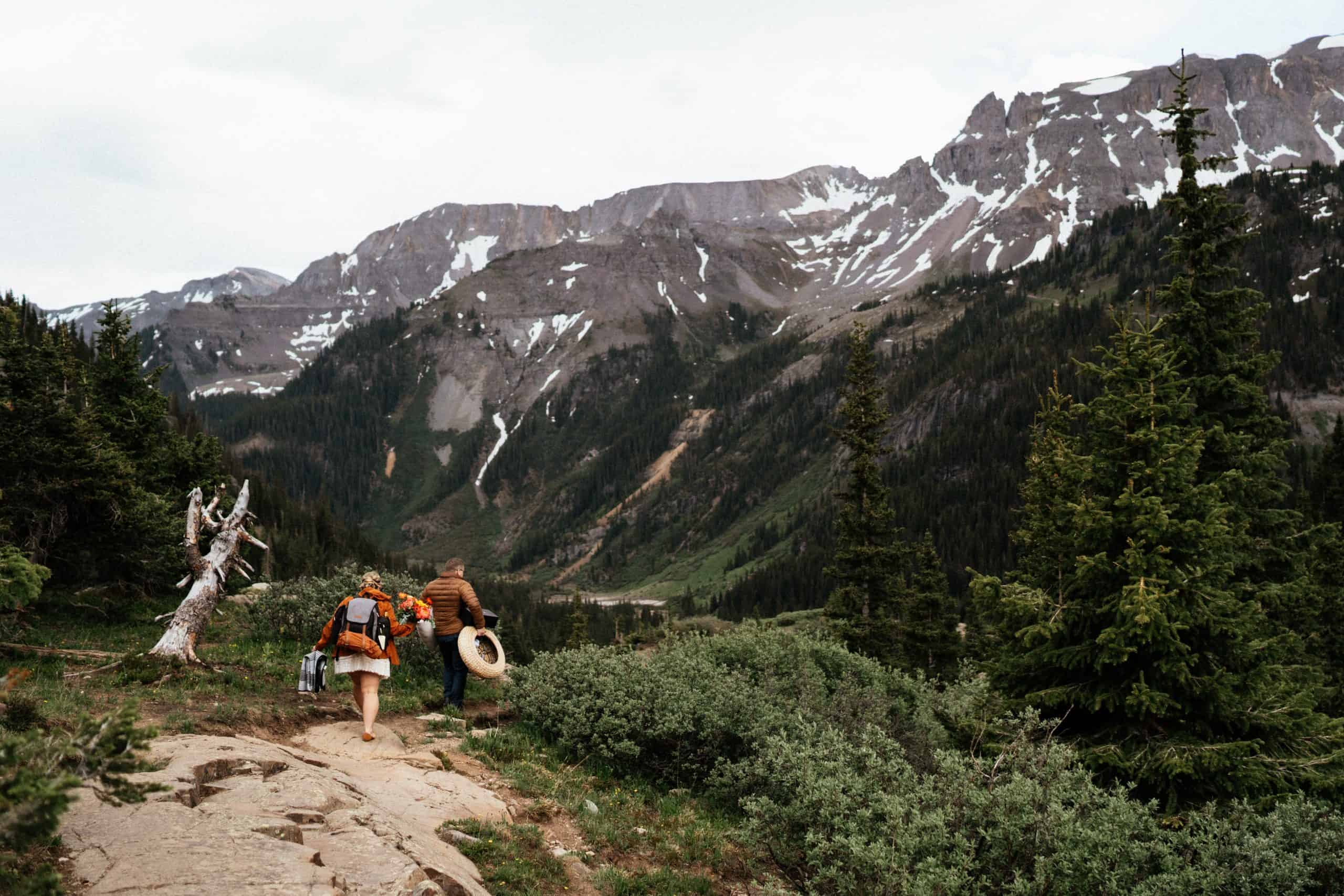 If there is one thing that the last couple months have taught me it’s that being flexible and maintaining a sense of adventure are key. And never was that more apparent than in Brittney and Skylar’s elopement! These two first contacted me back in the winter looking for Colorado elopement photography. They hard originally planned on eloping in April which is a beautiful but COLD time of year in the mountains. A few months before their elopement they contacted me asking if they could move their elopement to warmer months because Brittney REALLY wanted to wear a short dress (which was a good choice – how cute is her dress?!).

The week before their elopement I was out in the Telluride area for another elopement (also amazing! stay tuned for photos from that one!!) and we hatched an idea that instead of these two eloping in Boulder which was their original plan, they would meet me in the San Juan mountains – 6 hours away. It was a crazy last minute change of plans (requiring hiring a courier to give Brittney’s bouquet a ride over the Rockies so it could make it to her elopement!) but it worked out better than any of us could have ever imagined!

I met Brittney and Skylar at their hotel in Ouray and then we hopped in their truck for the ride up to one of the prettiest places I’ve been in Colorado. It sprinkled just a little bit on the way up but then the rest of the afternoon was freaking PERFECT and there was hardly another soul to be seen.

Once we made it to the spot it was time for a picnic! They laid out some charcuterie, popped some champagne, and we spent a solid hour or so before their ceremony enjoying a little champagne, good company, and even better company in one of the prettiest parts of Colorado.

Then it was time to get them married up!! We found a gorgeous spot just above the creek and they said their vows as the sun just started to sink behind the San Juans. Please believe that it was freaking PERFECTION and I was crying right along with them.

After the ceremony was over it was time to cut the cake! One of Brittney’s dear friends made their cake and it came all the way out from Utah with them. I’m not a huge cake person (gimme all the cheese!!!) but this one was DELICIOUS. One of my favorite parts of the day was when some random hikers (literally the only people we had seen for hours) happened to come by right as we were cutting the cake (stellar timing, hikers! ha!). Brittney and Skylar invited them to come have cake with us and it turns out that it was one of them’s birthday! Celebratory cake for everyone!

With all of the “official” parts of the day over we spent the rest of the afternoon and evening exploring the beautiful place we were in. We ended up staying out WAY past sunset (and my bedtime!) to watch the sun sink – and the Milky Way rise – behind the mountains. I will never forget hanging out in that beautiful place with these two, listening to some chill music and drinking champagne, under one of the starriest skies I’ve ever seen. Pure. Freaking. Magic. I have goosebumps just thinking about it.

I never take this incredible gig of mine for granted but t’s days like this that make doing Colorado elopement photography feel even more worth it – this one felt like it was straight out of a dream.

I’m off to the San Juans again this weekend for another sweet little elopement (this time with guests!) in the most beautiful part of the state and I can’t WAIT to share it allllllllll with you!

I hope you guys are all doing well and staying safe out there!

Want to have a Colorado adventure elopement of your own? I would LOVE to help you out! Get in touch! 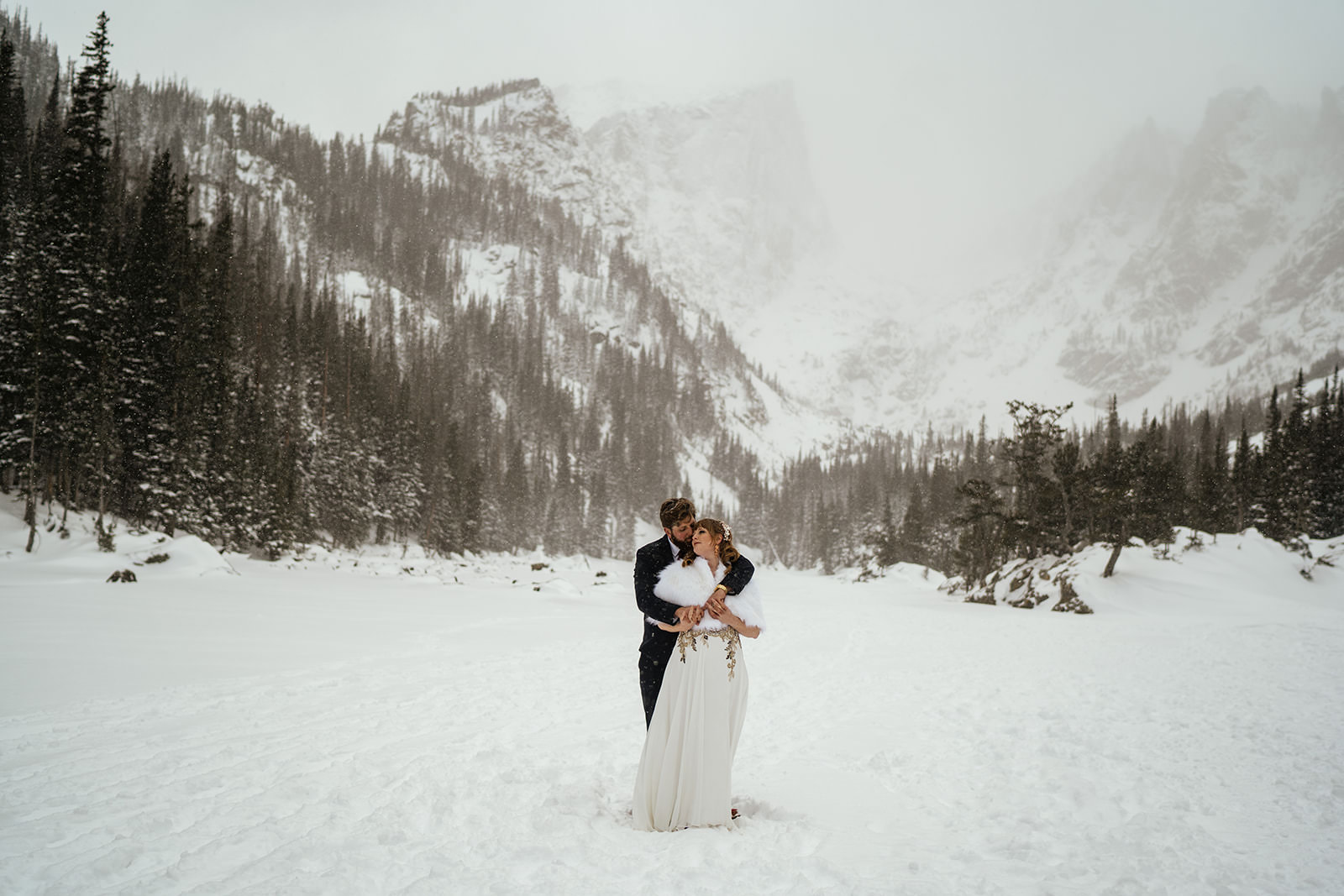 Best Places to Elope in Winter | A Winter Elopement Guide 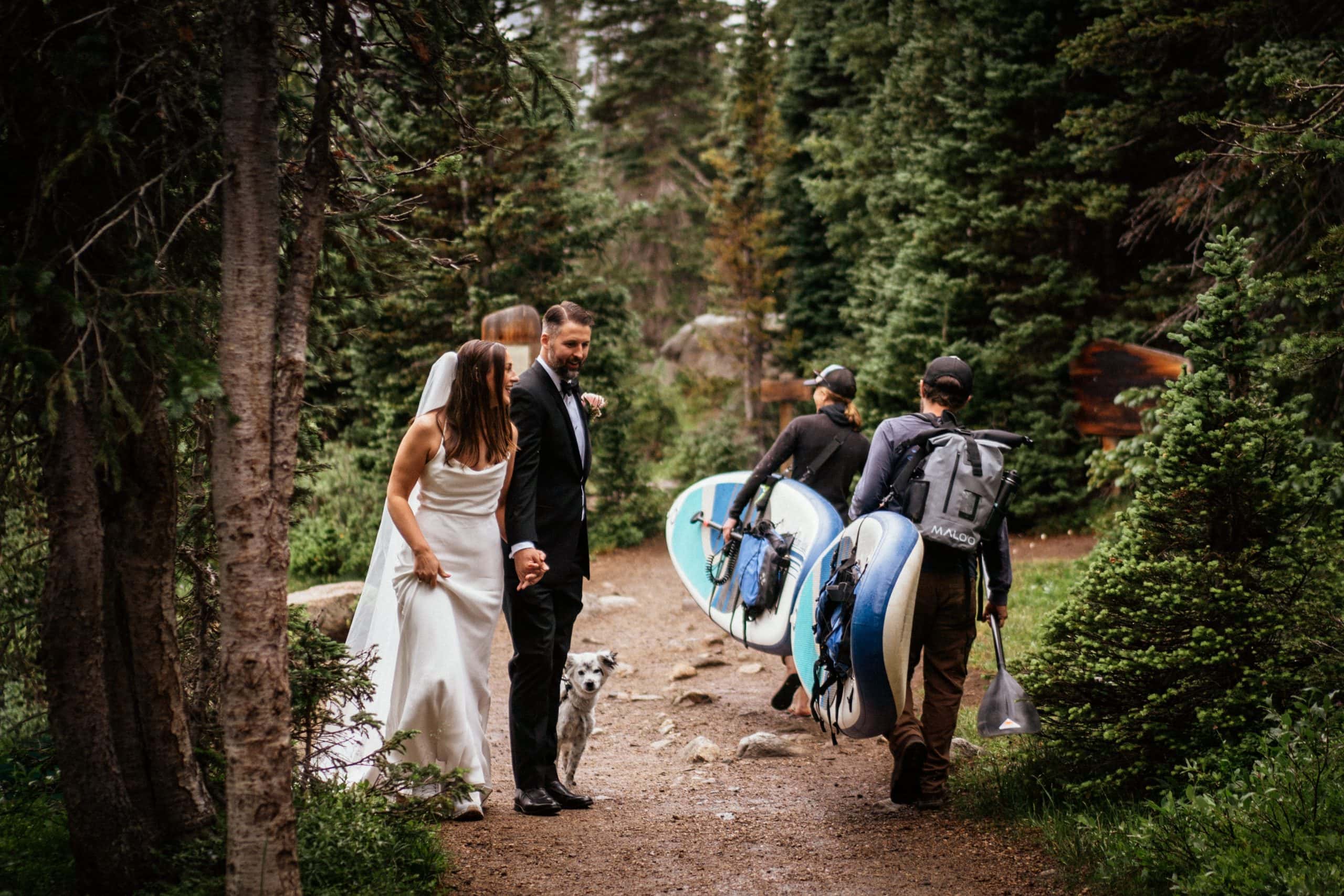 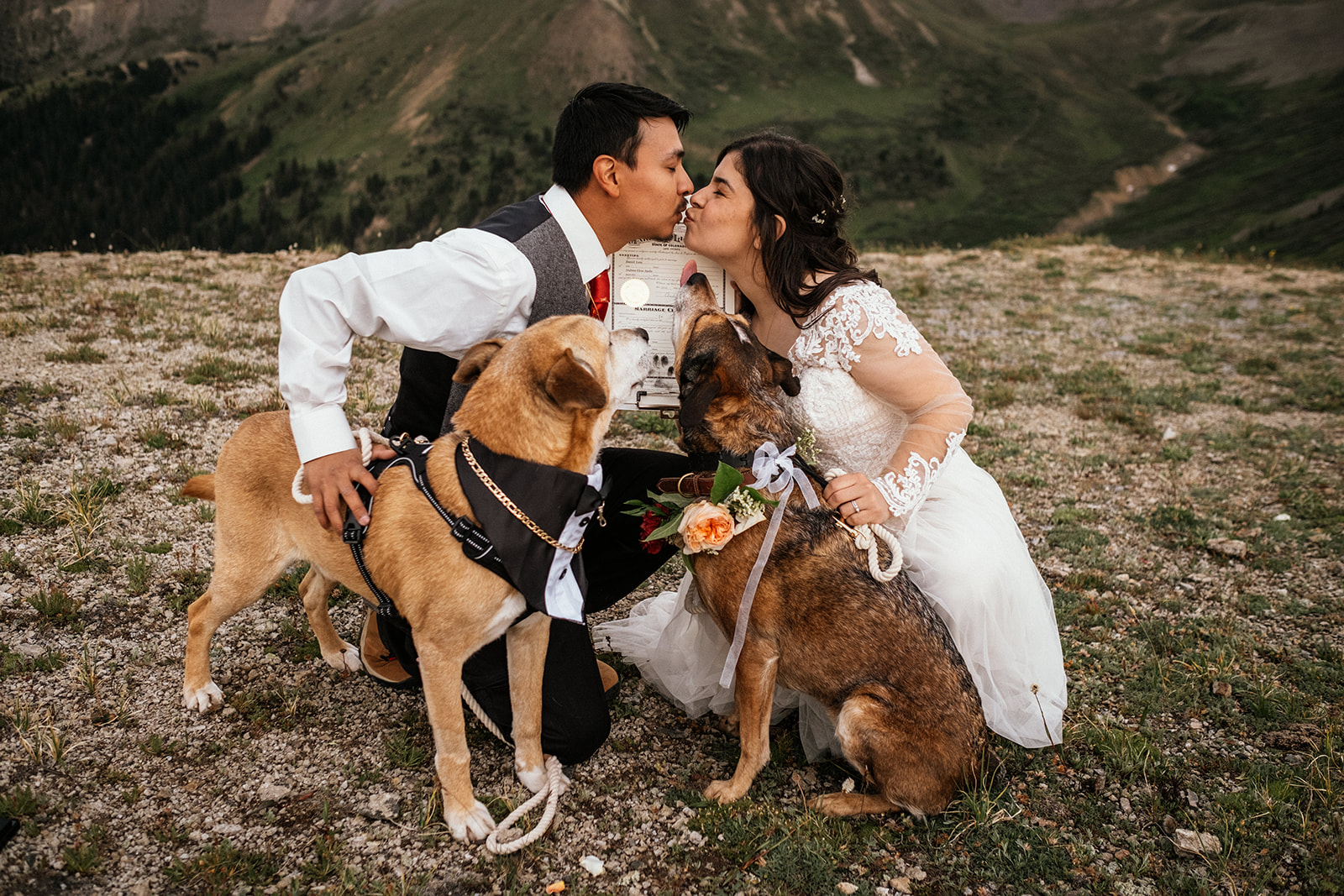 How to Include Your Dog in Your Elopement or Wedding