Stefanie + Danny’s Colorado Elopement with Their Dogs (and a Helicopter!) 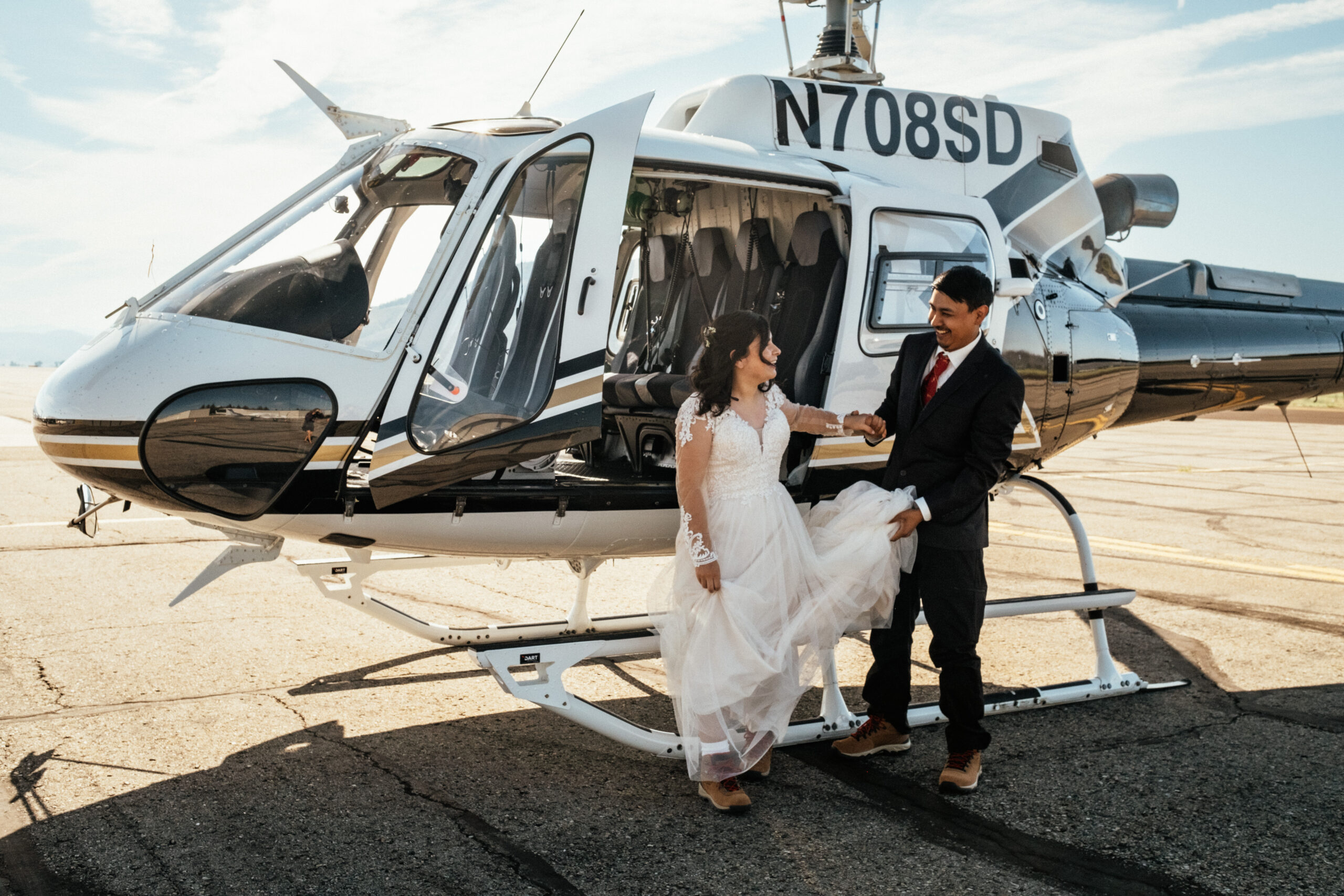 Stefanie and Danny were planning a much bigger wedding for 2023 but when they found out on of their beloved dogs has cancer they just couldn’t imagine getting married without him there. So they decided to change their plans completely and take their pups on a last minute adventure elopement in the Colorado mountains instead. And man, it turned out better than they could have imagined! This elopement had it all from stunning mountain views to a gorgeous hike to sweet humans (and very good dogs) and even a helicopter ride! If you’re dreaming of a Colorado helicopter elopement OR you just happen to really love dogs – this one is for you!

Stefanie and Danny decided to bring both of their moms out with them to their elopement to help wrangle the dogs during the times when the dogs needed wrangling so all 4 humans and both dogs (Milo and Sammy!) piled into a car and drove to Colorado from Illinois. I met up with them the morning fo their elopement while they were getting ready. The Best Dog, Milo, hung out with Danny while the Dog of Honor, Sammy, watched as Stefanie had her hair and makeup done.

Once they were ready we left the ”kids” with Stefanie and Danny’s moms and headed out for a first look at sunrise followed by a helicopter ride to get a birds eye view of the mountains we all love so much. IT WAS AMAZING!!! We all giggled the entire time we were in the air (and during the entire drive back) because it was just so beautiful and so much fun. We saw some of Colorado’s most famous peaks (you felt like you could literally reach out the door and touch the Maroon Bells which was wild!), spotted herds of elk, saw tons of lakes, and just pinched ourselves OVER AND OVER because that was the coolest thing ever!

After the helicopter ride we took a break (and a nap!) for a while and then met back up in the afternoon for the rest of their adventure – and to actually get them married! We spent some time exploring one of my favorite areas and taking pictures and then hiked up into the mountains where they said their vows with absolutely no one around and killer views of the surrounding peaks.

After the ceremony Milo and Sammy had the distinct privilege of getting to sign their marriage license as witnesses with their paw prints (yes, this is perfectly legal in Colorado – we LOVE our dogs here!) and I don’t think there was a dry eye on that mountain. It was such a special moment that I don’t think any of us will ever forget. After all, the dogs were the whole reason these two were out in Colorado eloping!

We ended the day by hiking back down to the trailhead under the most perfect sunset you can ever imagine.

While I’m gutted for Danny and Stefanie about the reason that their day had to be moved up I’m SO happy with how everything turned out. I can’t believe we put this incredible, multi-layered day together on such short notice and that both Milo and Sammy were able to be there to watch their parents get married! 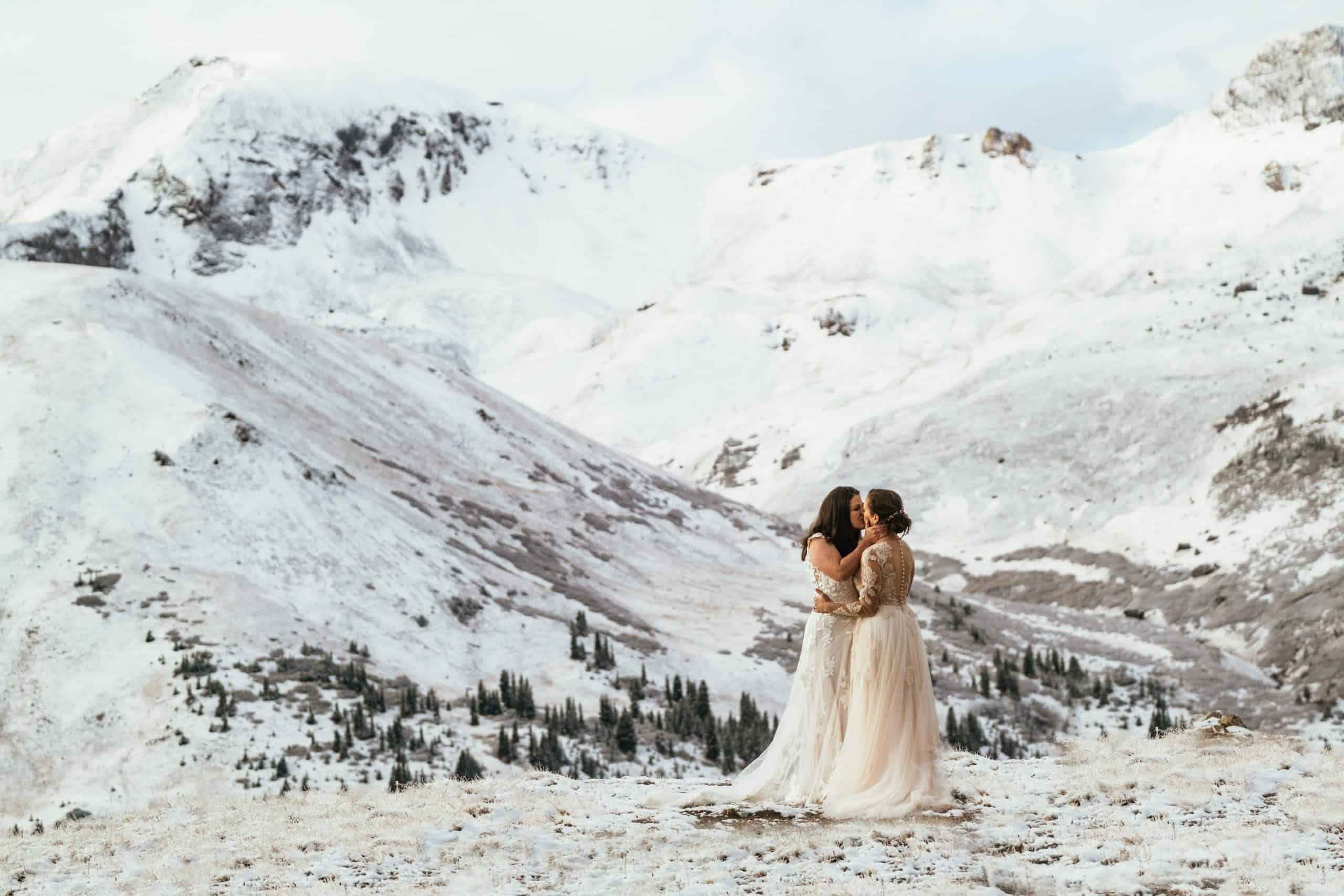 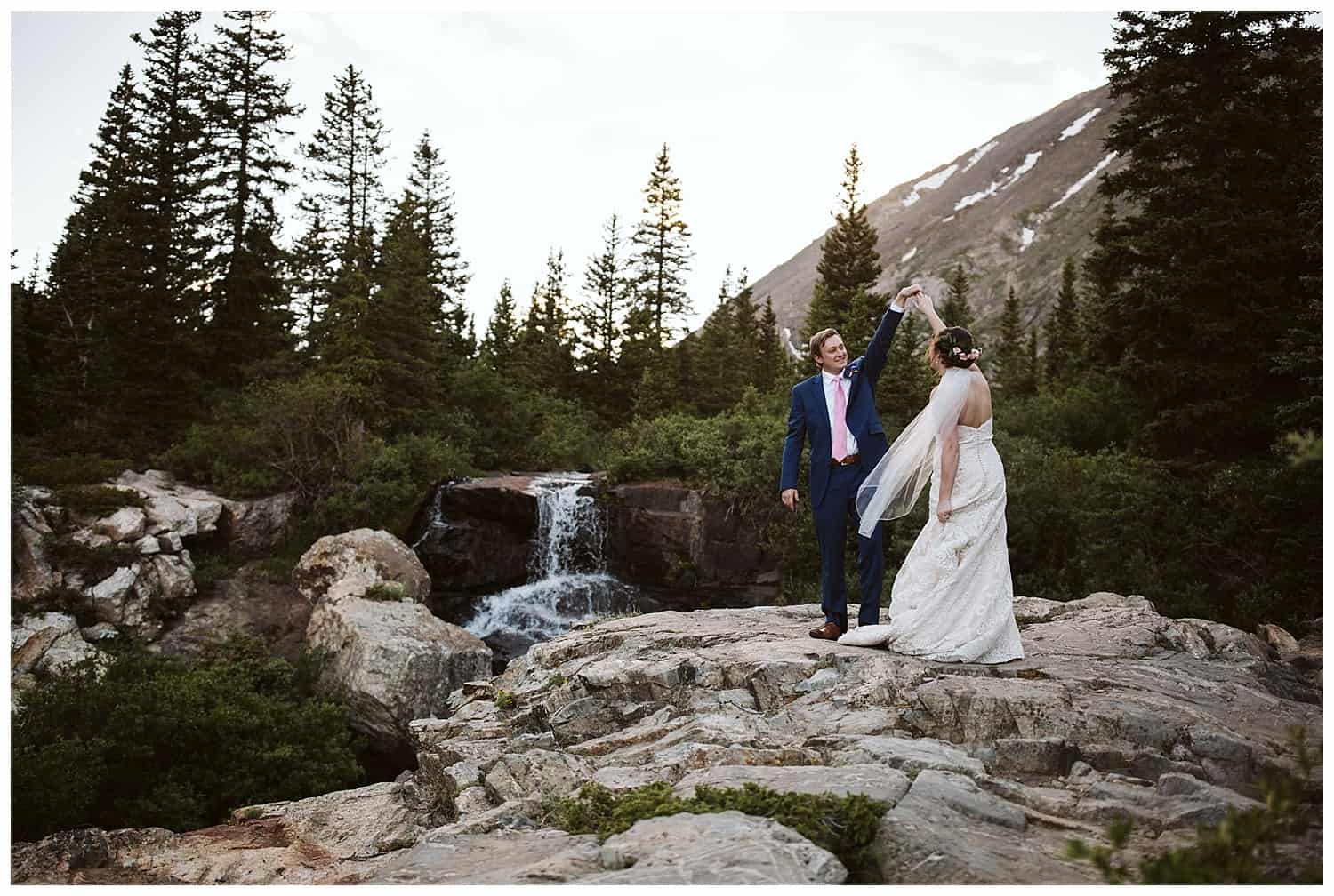 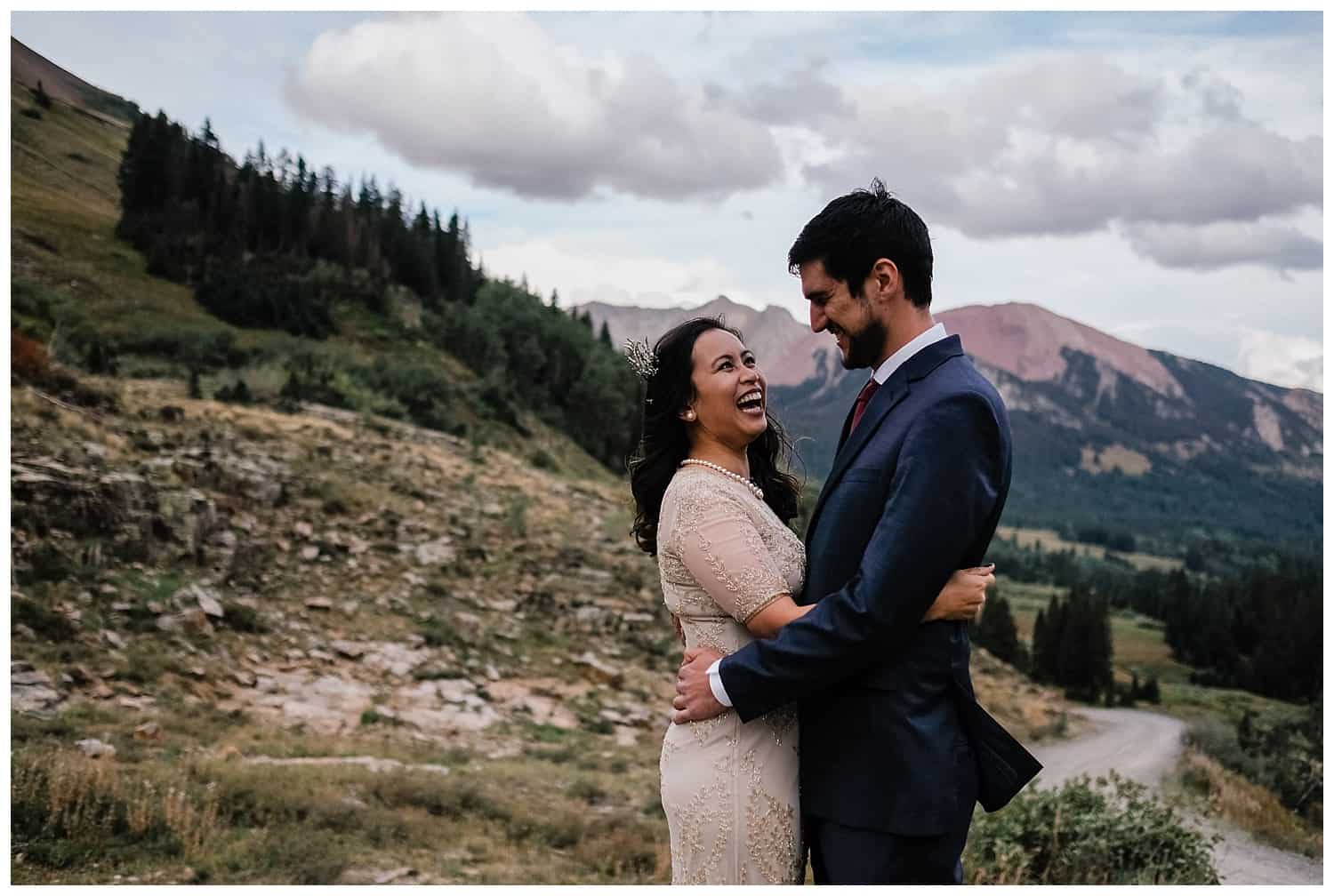