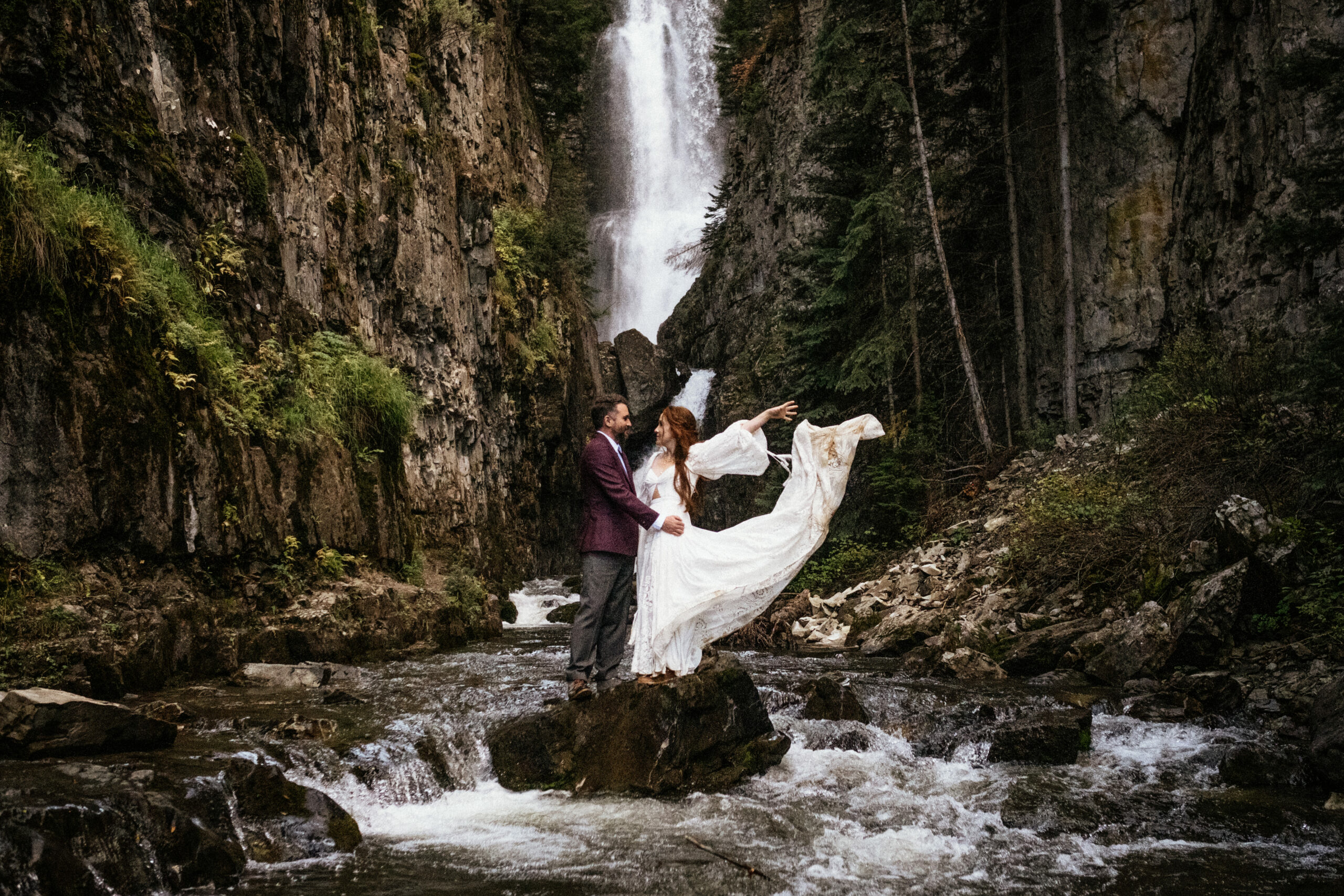 Jessica and Scott live in Denver and knew they wanted to elope in the mountains they love! They wanted their elopement to incorporate all of their favorite things – beautiful places, whiskey, adventure, and most of all, their pups Elliot and Oliver! With all that in mind we decided an elopement down in the San Juan mountains would be pretty much perfect!

And believe me, it was!!

We had initially planned their elopement for a Thursday but when the weather forecast called for a 100% chance of rain that day (honestly I don’t think I’ve EVER seen a 100% chance of rain in super dry Colorado before!) we decided to push things back a day in the hopes of better weather and it was definitely a solid choice.

I met up with these two the night before their elopement when they very graciously invited me to park my camper van in the driveway of the cute little A-frame they were renting in Ridgway. We had gotten to know each other pretty well over the course of planning their elopement and it was SO good to finally meet them in the flesh! We chatted for a bit that night and then headed to bed because we were in for a big adventure the next day!

When I rolled out of bed the next morning hair and makeup was already underway. Sweet pup Oliver sat on Jessica’s lap while she got all glammed up which was pretty much the most adorable thing ever. Once hair and makeup was done, all five of us (including the two dogs, obviously) hopped in the Jeep they rented and headed up into one of my favorite areas. The road was in ROUGH shape this fall so the Jeep was definitely a must!

We arrived at our spot just as the sun was starting to light up those mountains and Jessica and Scott quickly changed into their wedding clothes. I have been obsessed with Jess’s Rue de Seine dress ever since she sent me pictures of it last year and it was even more stunning in person.

They did their first look near the Jeep and then we hiked up the road to a beautiful spot for their ceremony. The pups wore their bowties as they watched their parents do the damn thing in one of the most beautiful spots you can imagine! After their ceremony they popped some champagne and spent the morning soaking in those views.

We headed back to their AirBnB in the late morning where they signed their marriage license (with Elliot as witness, of course!) and then we took a break (and I took a nap) for the afternoon!

In the evening we met back up to explore a secret waterfall I had found a few days earlier. We spent the evening exploring this INCREDIBLE area, taking pictures, drinking whiskey, and basically having the best end to the best day!

Here are some photos from their elopement – Enjoy!

Huge thanks to the folks who helped make this day awesome! 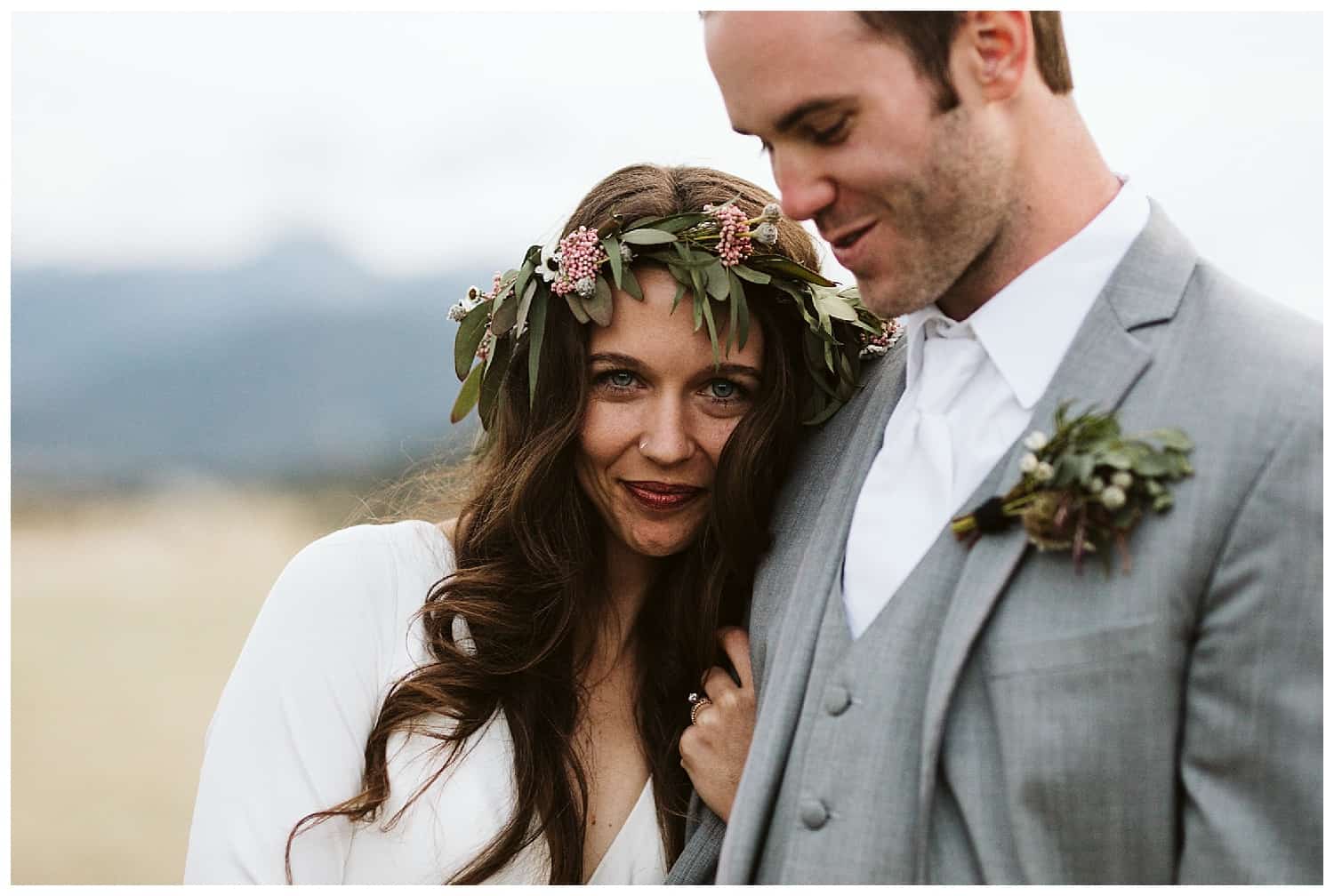 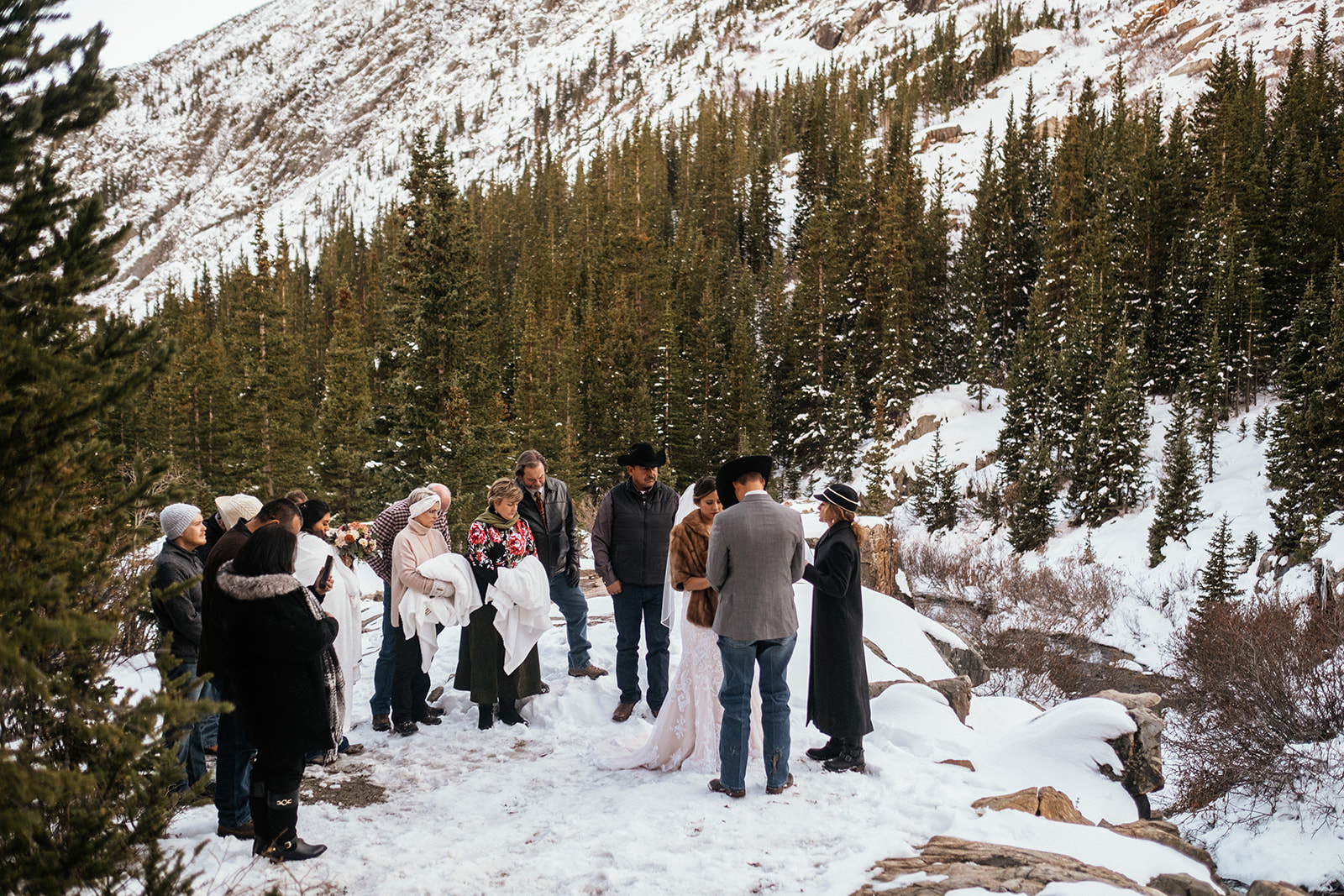 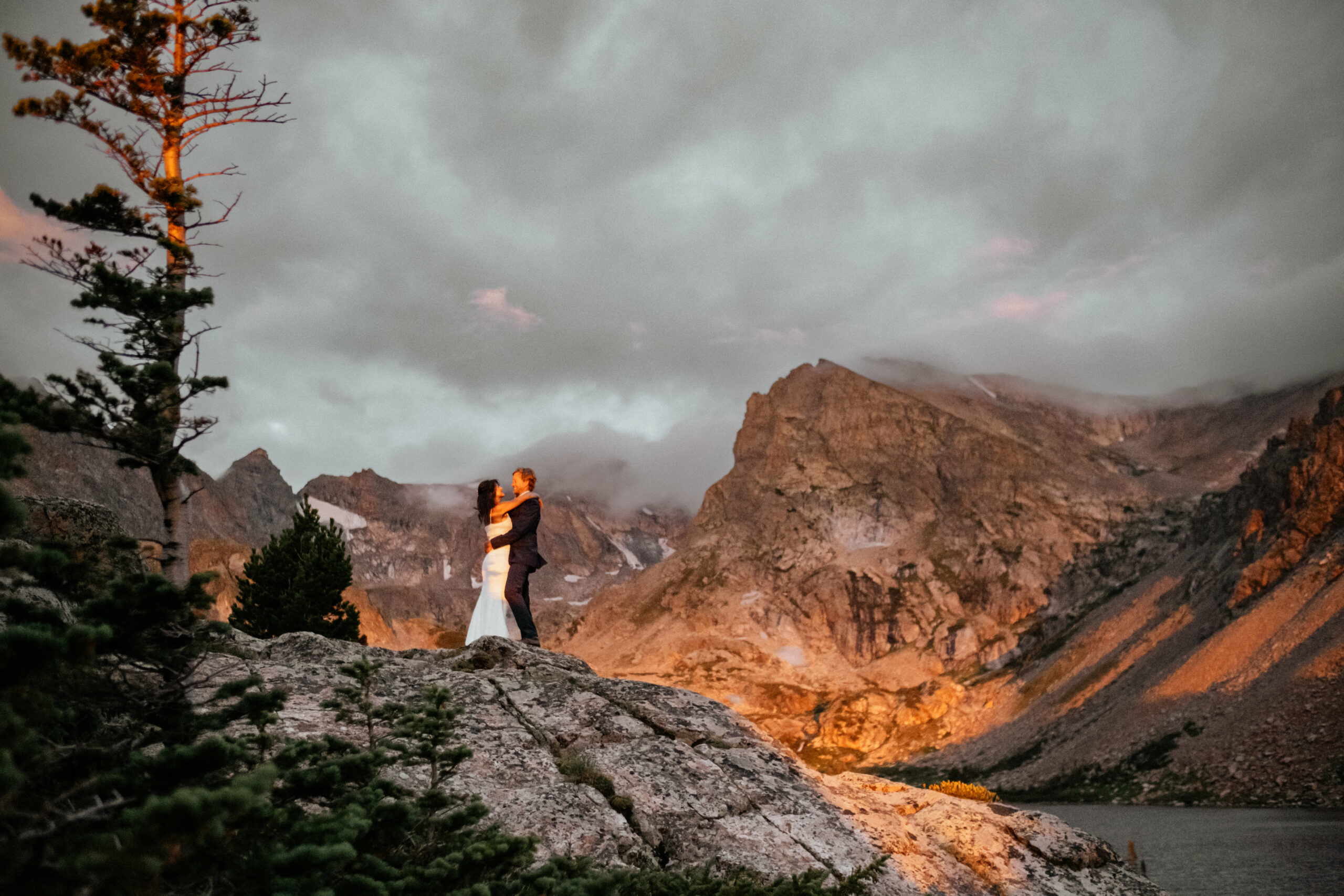