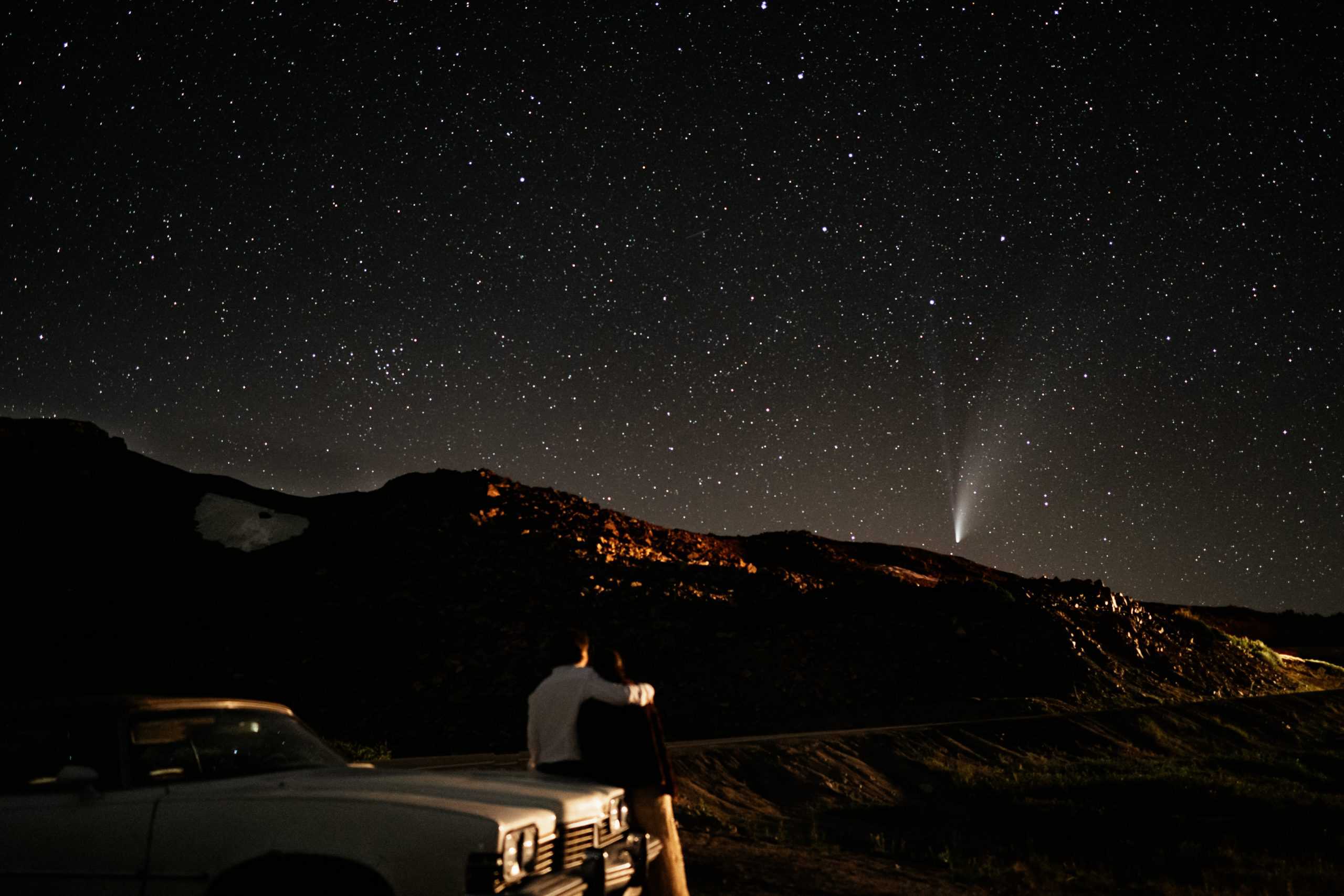 I think we can all agree that 2020 has been kind of a mess, right? But a lot of good things have come out of it and I have been endlessly inspired by the creativity, positivity, and adaptability of the amazing humans I work with. Lisa and RJ’s Denver Zoom wedding and Colorado adventure session are the PERFECT example of that. But before I tell you about these shoots let me first tell you about these people. Lisa grew up in Ireland and RJ grew up in the U.S. They met while working in London and eventually settled down here in Colorado. They live in the cutest neighborhood with their daughter, Maisie, and cat, Daisy (yes, Daisy and Maisie!). When we first hopped on the phone to chat about their Denver Zoom wedding we hit it off instantly. They told me how they had originally planned a wedding at a castle in Ireland – which they had to cancel because of Covid. They decided that instead of traveling to their wedding they were going to send their wedding to their friends and family around the globe. These two are an absolute blast and my favorite kind of weird. I think instead of telling you about them the best thing I can do is give you a little anecdote about what happened when I used the bathroom in their house on their wedding day. I went in, flipped on the light switch, and saw an adult size shark costume hanging on the wall … and then the theme song from Jaws started playing. When I told them I wasn’t expecting an entire experience when I used their bathroom they laughed and said that the shark bathroom was Lisa’s birthday present – and that they much prefer giving each other experiences than giving each other things.

Their vision for their backyard Zoom wedding was for it to feel like a whimsical fairy land and man did they deliver! The flowers all came from my FAVORITE plant shop and florist in Boulder (shoutout to Sturtz and Copeland!). They brought in some professional help to broadcast their wedding to their friends and family around the world – and this was NOT a low key affair. The broadcast included a documentary about their relationship, speeches from and to friends and family, musical performances, toasts, cake cutting, a car parade, and dancing. It was epic. To quote one of their friends, “Only Lisa and RJ would turn their wedding into a full length feature film …” When I showed up Lisa was getting ready at their neighbor’s house and was basically bubbling over with joy. We made a few Facetime calls to her friends and family on the other side of the globe so they could see her all gussied up and then it was time for the ceremony! Their neighbors joined them from their rooftops during one of the sweetest and most joy-filled ceremonies I have seen. One of my favorite moments was Maisie’s reaction to seeing her mom walk down the aisle – it was ADORABLE. After the ceremony they hopped in their 1973 convertible and joined a car parade that went around the neighborhood. Then it was time for music, speeches, cake and dancing! I’m especially obsessed with the US and Ireland themed bride and groom cakes! I have been to a LOT of weddings y’all (like, a LOT of weddings …) and I can honestly say that I have never seen a wedding, of any size, that was filled with this much joy, happiness, and laughter. At one point Lisa said “Screw that castle in Ireland! I am having so much fun. This is SO MUCH MORE US.”. And that’s what its all about. 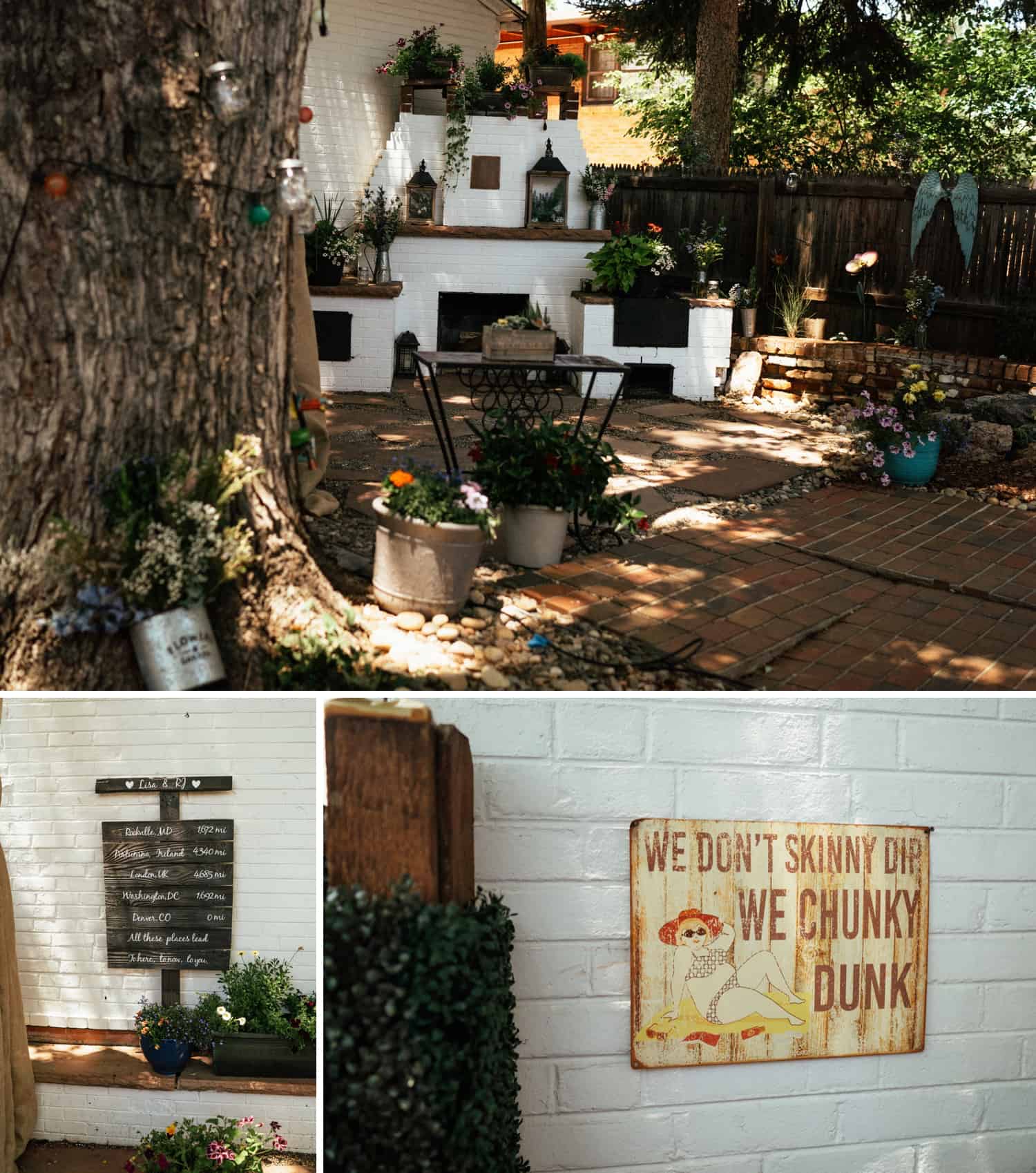 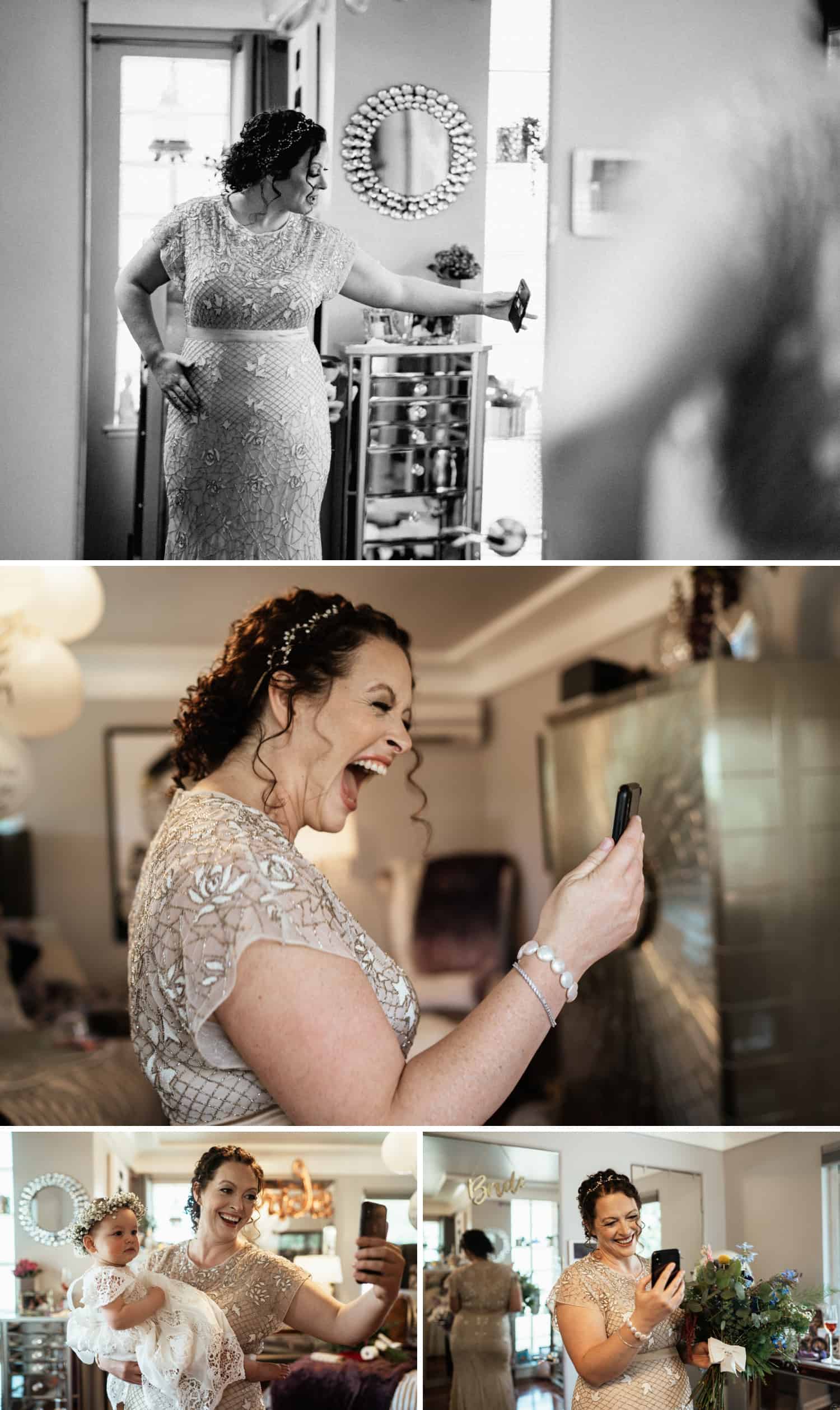 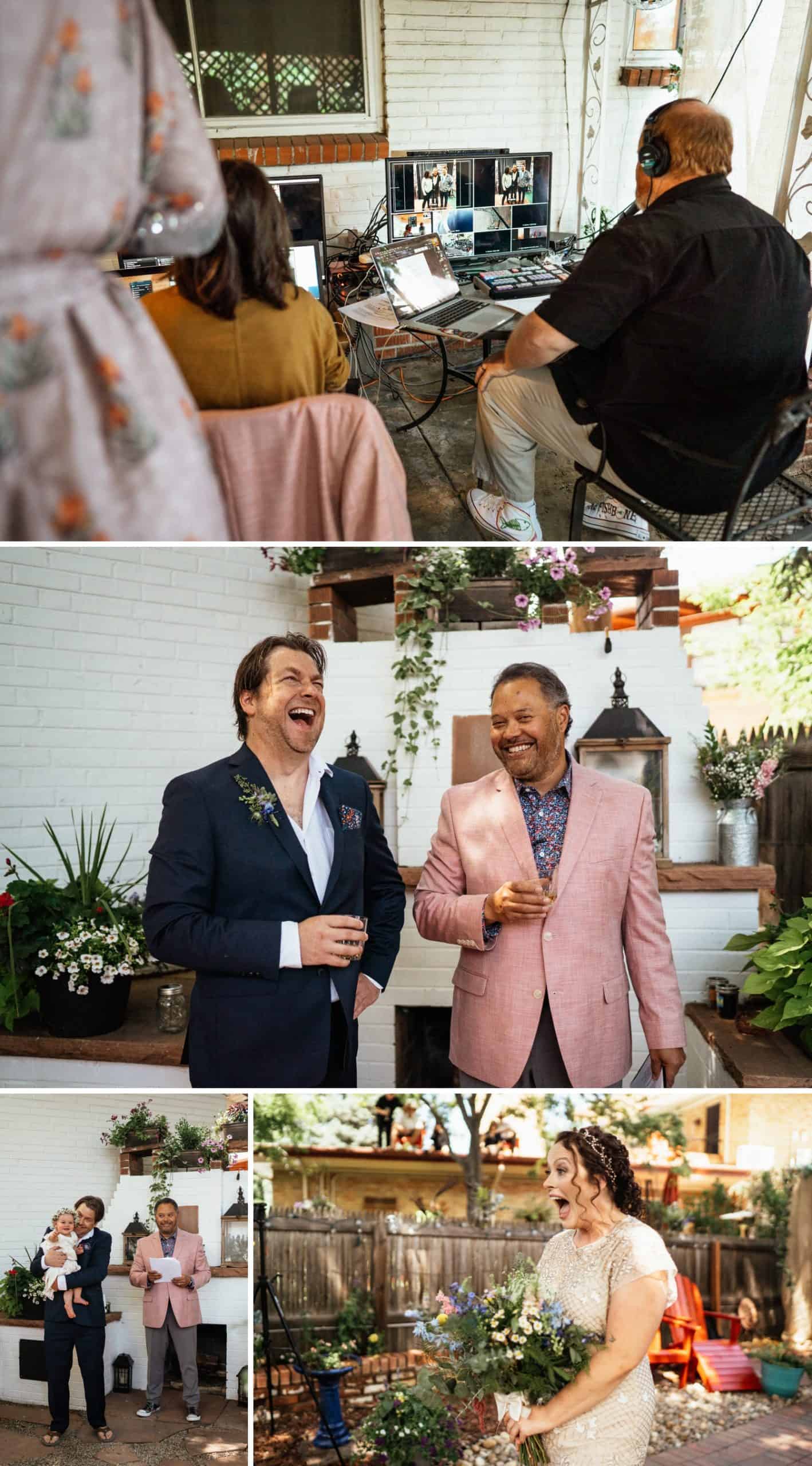 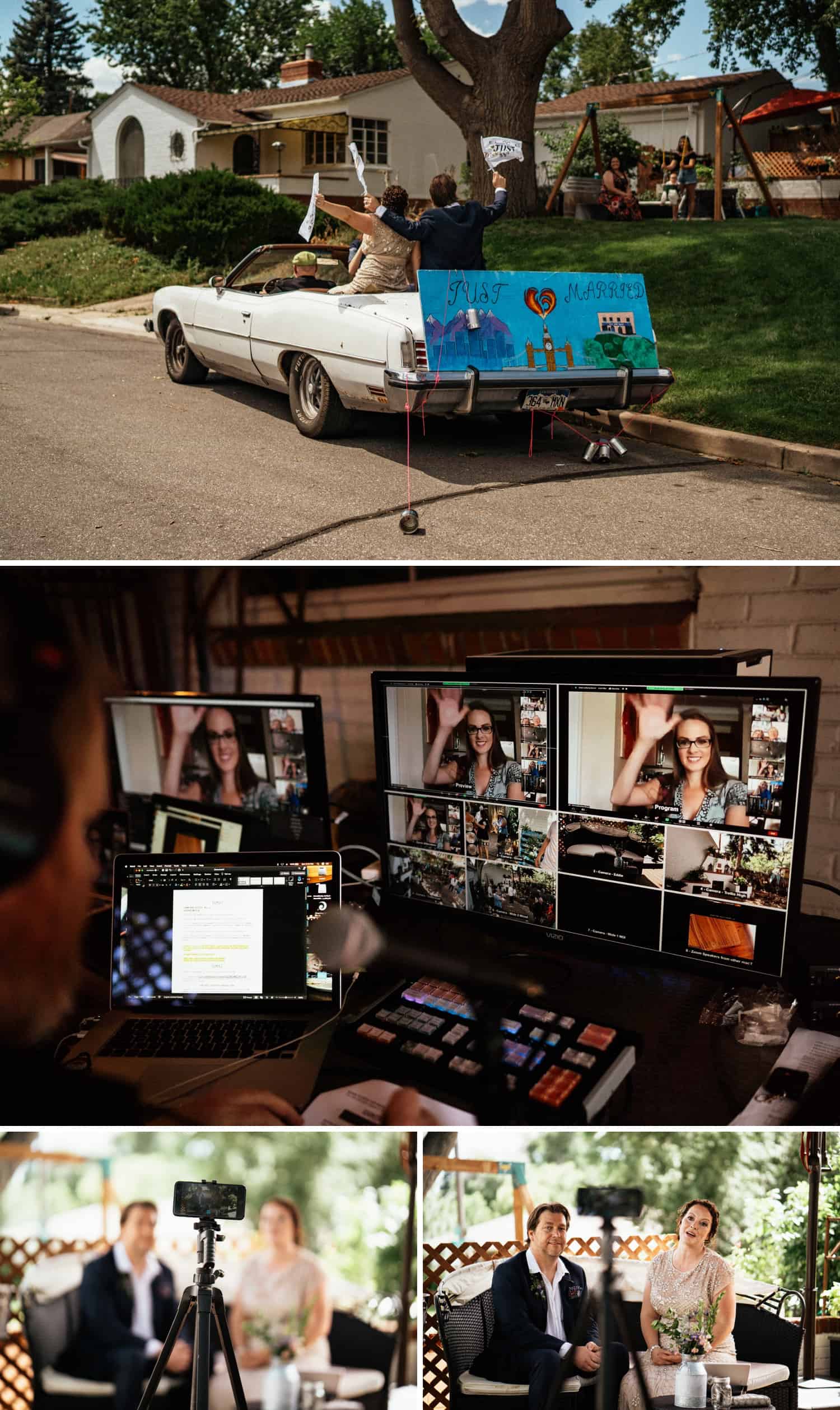 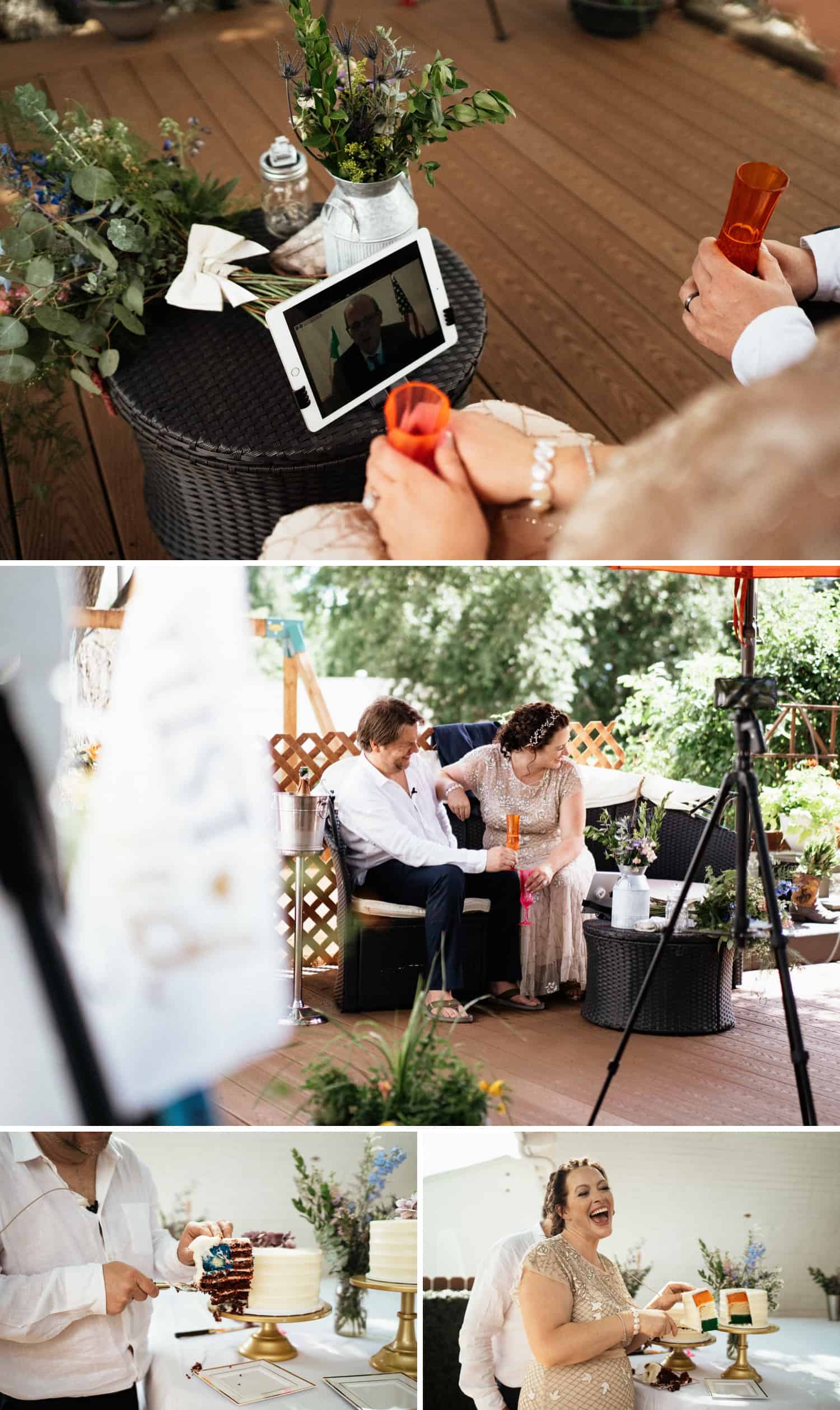 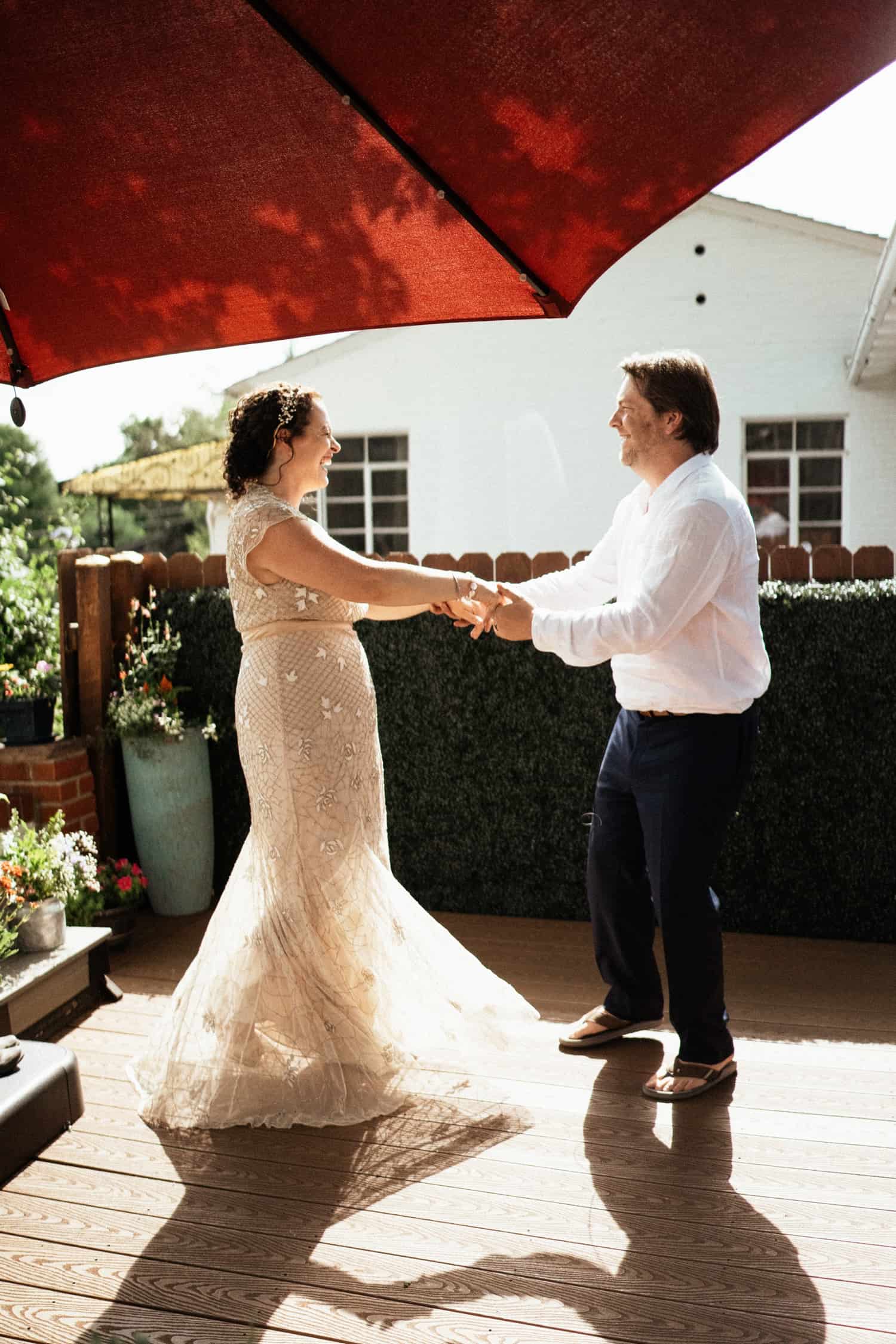 I had so much fun with these two at their Zoom wedding that I was super sad when it was over – but fortunately for me we weren’t done yet! A few weeks after their wedding we met up again – this time in the mountains – for a post-wedding adventure session. They got all glammed up and drove the convertible up to the high country and we spent an evening picnicking, drinking champagne, and enjoying one of my favorite little spots in the mountains. RJ loves the stars and we purposely picked a day that was supposed to have no moon. I LOVE doing star photos with couples but I warn everyone that I can NEVER promise results – everything that happens after dark is mostly an experiment and you have to look at the experience of being out under those perfect skies as worth it, even if the photos don’t turn out. I didn’t need to worry about that. I think it turned out ok. 😉 When we planned this session I had NO idea that the Comet Neowise would be making an appearance over the Continental Divide! We decided to try and grab a couple shots of them, their beloved convertible, and the comet and they may be some of my favorite photos of all time. 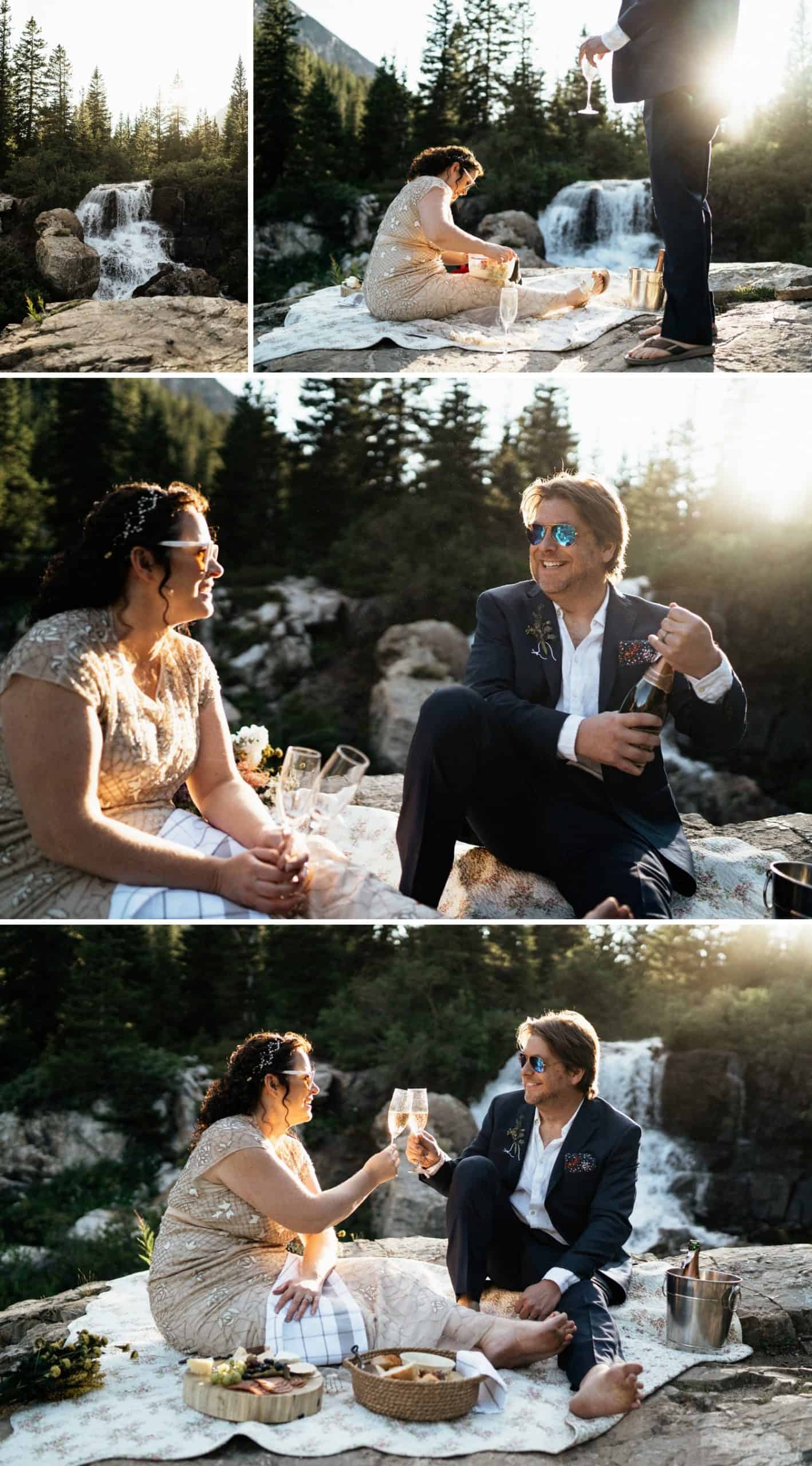 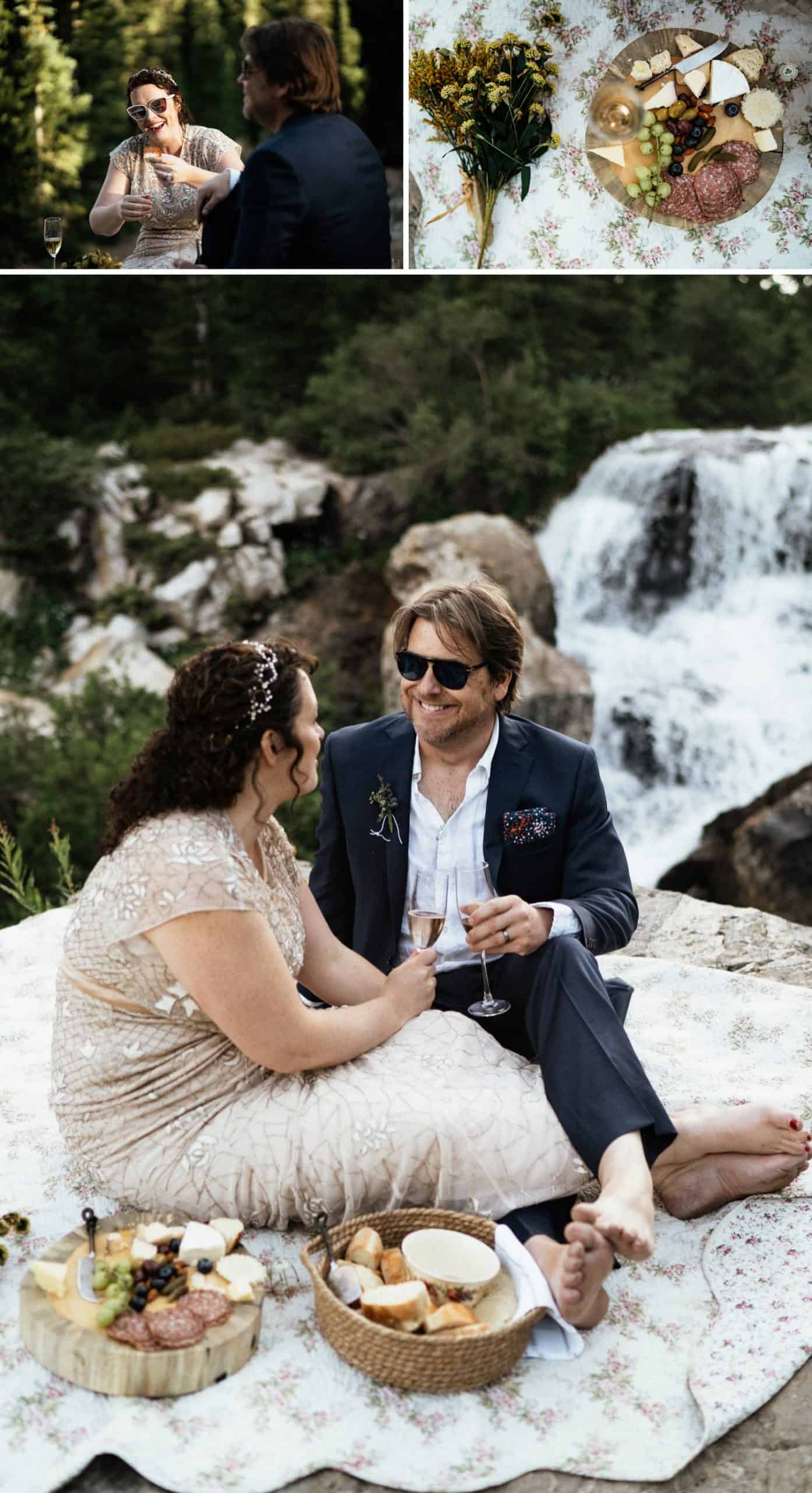 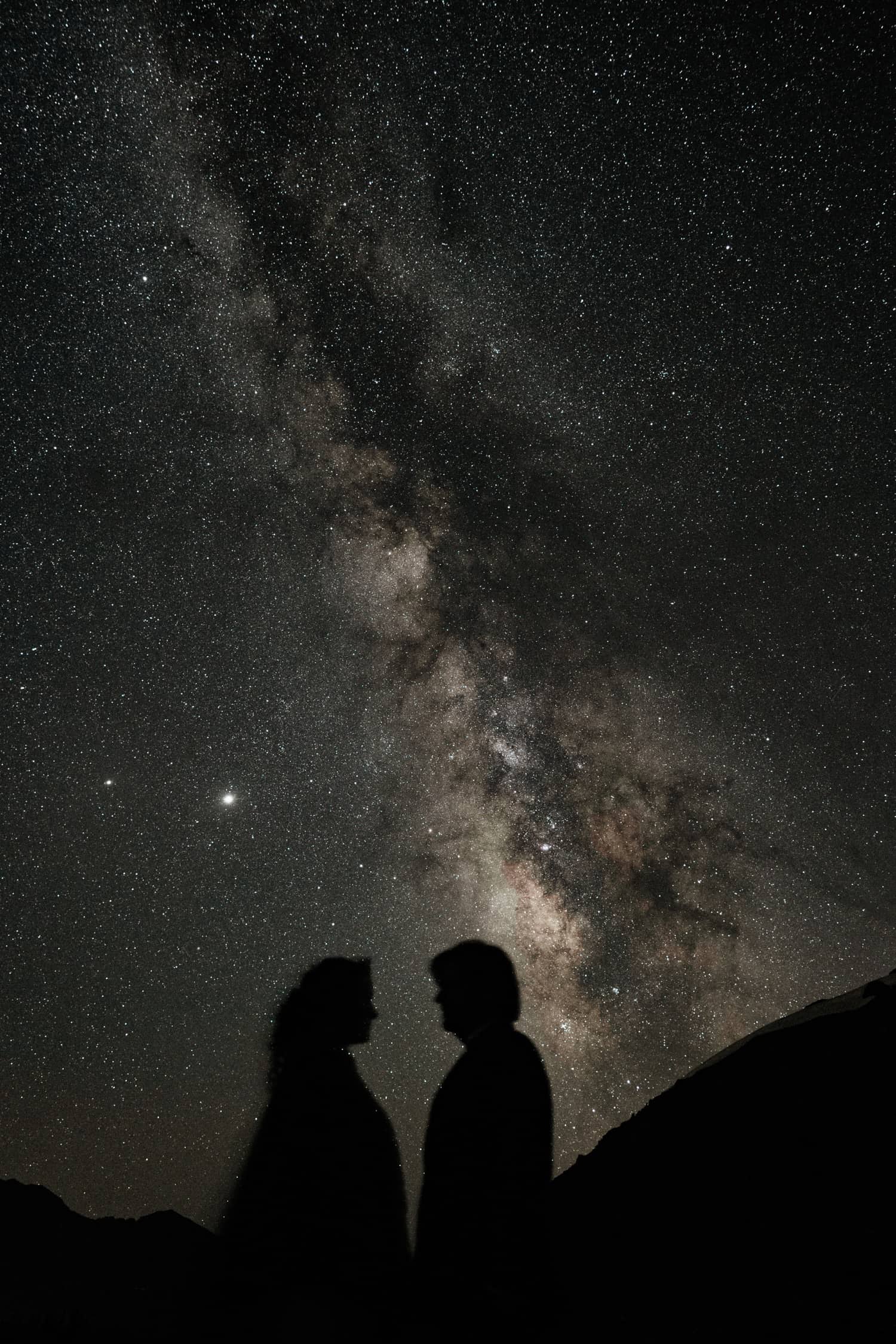 I always tell people that while people hire me for the photos, the photos aren’t why *I* do this job. For me this gig is all about getting to connect with fellow humans and have amazing experiences in incredible places. Seeing the way that everyone, and especially these two, has dealt with these trying times and made the absolute best of a crazy situation has been nothing but inspiring to me. Lisa and RJ, I’m SO glad our paths crossed and I’m sorry to say that you’re now stuck with me forever. 😉 Huge thanks to the folks who made both of these days extra awesome: Lisa’s Dress: BHLDN Florals: Sturtz and Copeland Hair: The Station Hair Studio Makeup: CRU Studio 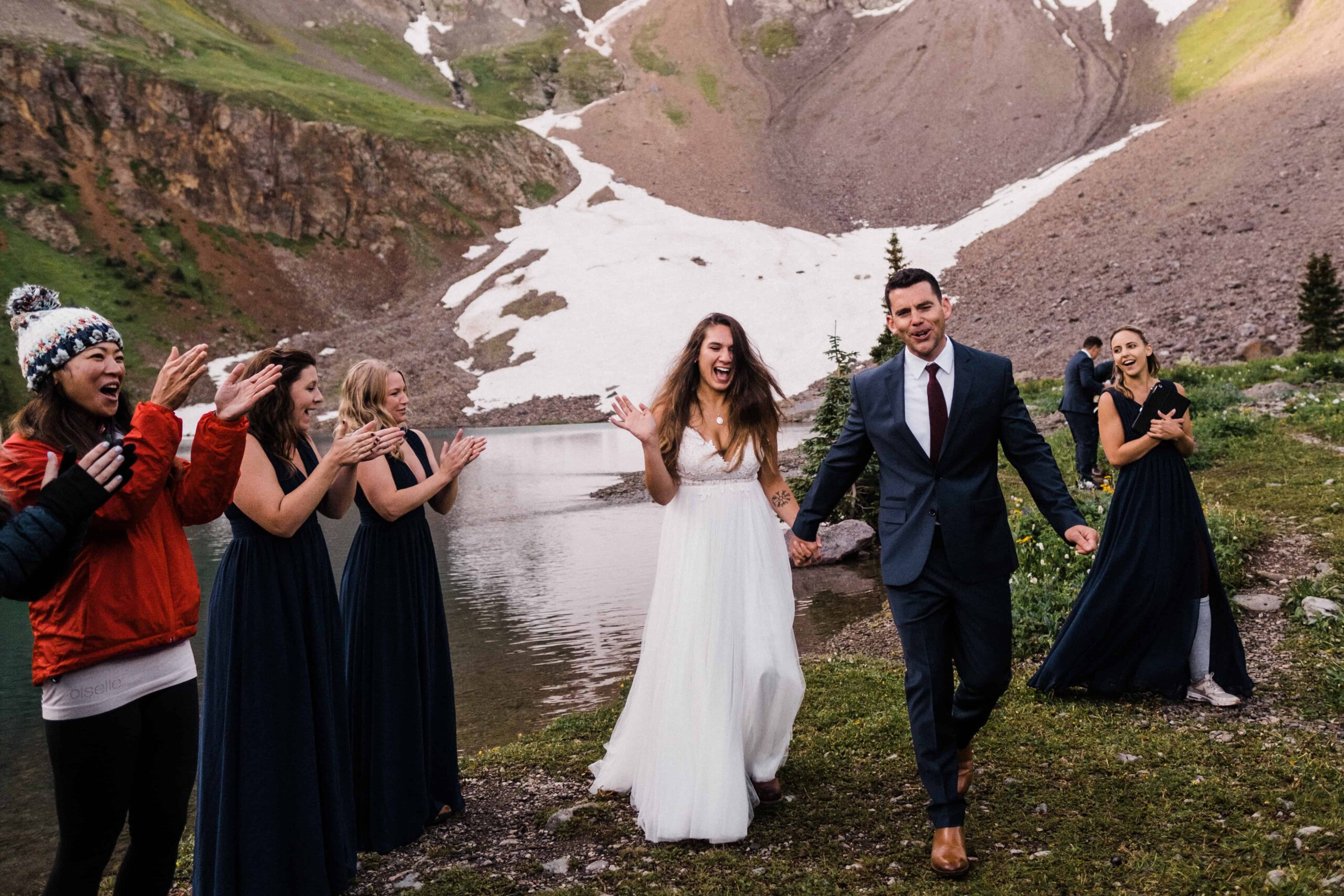 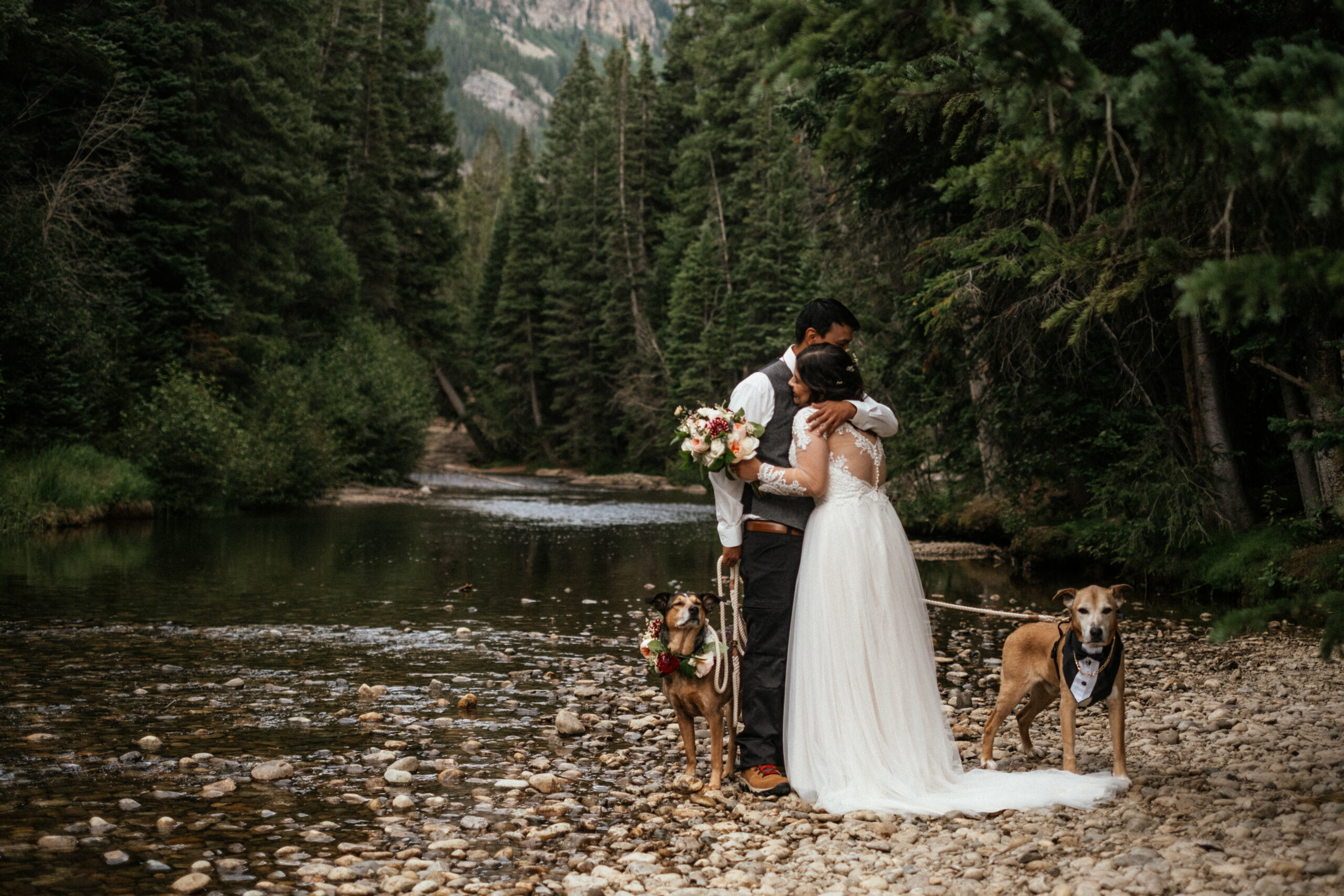 How to Elope with a Dog in Colorado 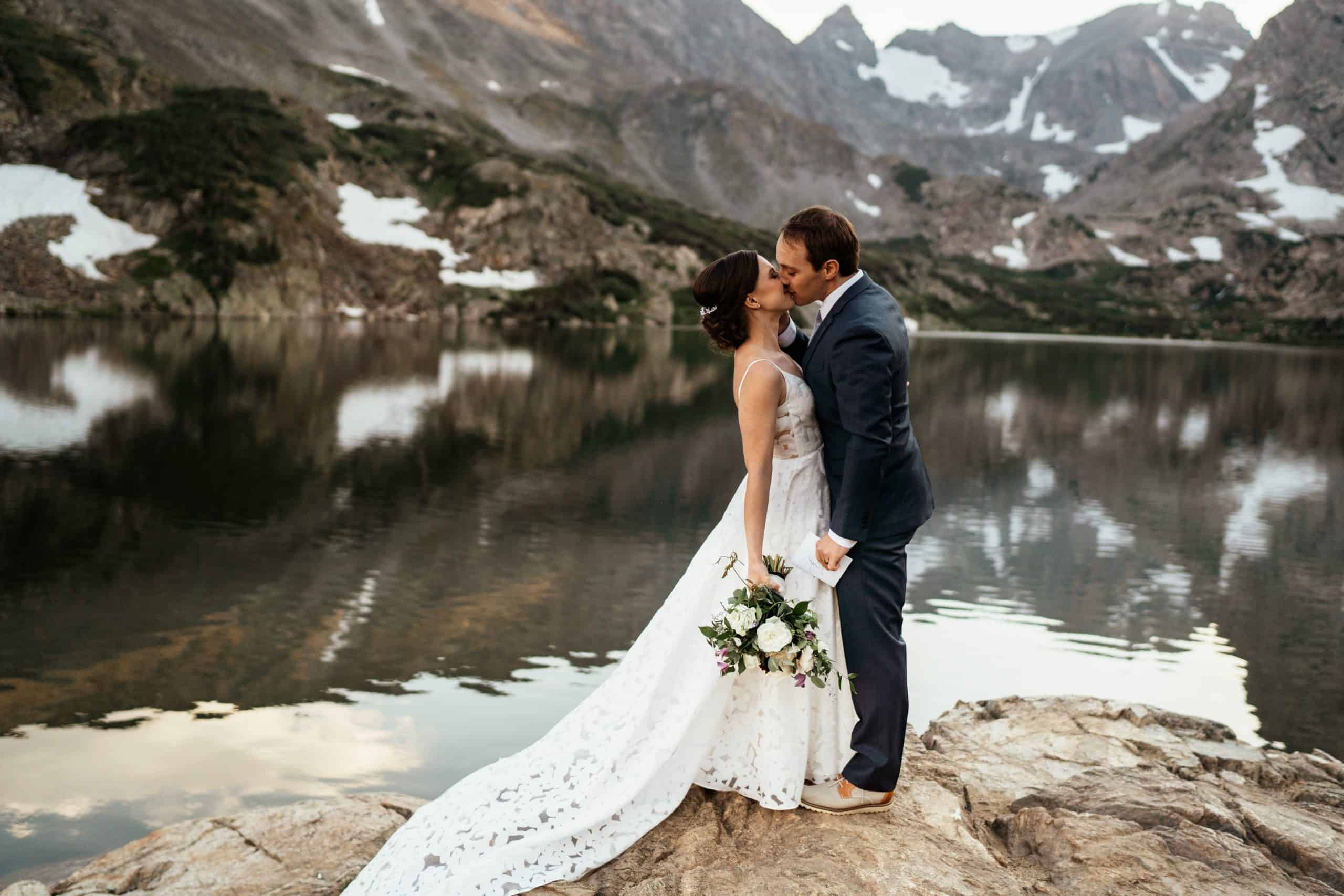