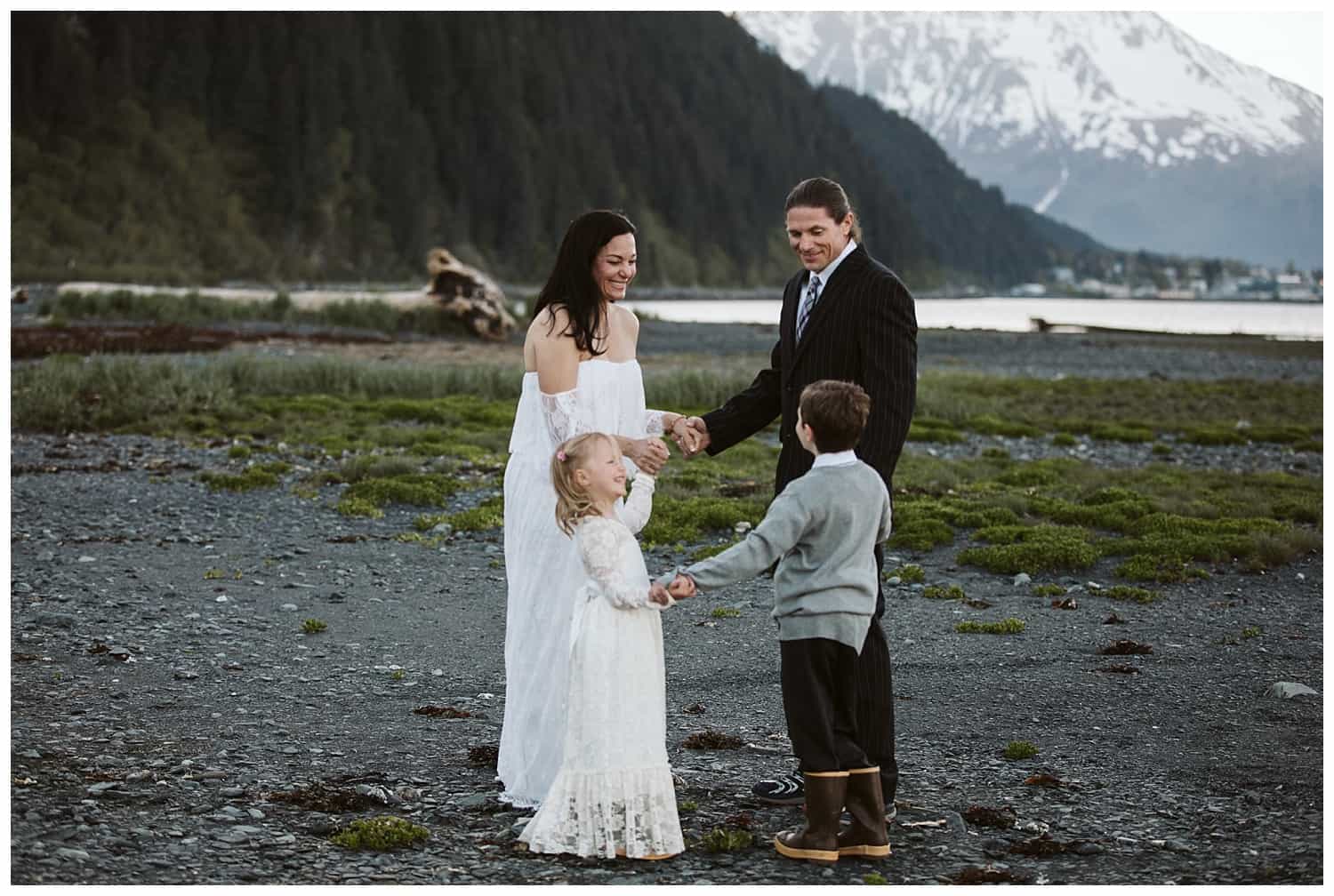 When Katie and John’s kids asked why they weren’t at their wedding (answer: you weren’t born yet!) they promised them that they’d celebrate their 10 year anniversary with a vow renewal! These guys moved to Anchorage a few years ago and are probably never leaving so it only made sense that they decided to renew their vows Alaska elopement style!

This is the definition of an adventurous family. From competing in Ironman triathlons to racing pack burros to ultrarunning to fishing and camping all over Alaska, these guys are pretty much ALWAYS outdoors. True story: We spent the day before their vow renewal fishing salmon out of the very water that appears in the background of these photos!

For their Alaska elopement style vow renewal, they rented a little cabin right on Resurrection Bay near Seward, Alaska. Because it was June and the days were loooooooong we waited until late in the evening (and that gorgeous light!) before beginning the festivities. Earlier in the day a black bear had been prowling around the property. Fortunately he didn’t make an appearance during the vow renewal – although that would have been one hell of a photo bomb!

We headed down to the beach around “sunset” (even though the sun really never set … helllooooo Midnight Sun!) and they made promises to each other as a couple and a family.

There aren’t enough tissues in the world for these moments!

After the ceremony we explored the beach, made a bonfire, and took some more photos. One of the coolest parts of the evening was when, just as we were doing portraits at the end of the evening, a bald eagle landed on the beach right next to us. Bald eagles mate for life (and this one’s partner was in the tree behind us) so we took it as a sign of good things to come for these guys. 🙂

The photos I delivered to Katie and John involve a bunch of really beautiful family moments and out of respect for their privacy I’m only sharing a small portion here. Please believe that this was an evening that was full of some of the sweetest moments with the sweetest people I know. 🙂

Here are a few shots from their day – enjoy!